Azerbaijan Evangelicals: Conflict with Armenians Is Not a Religious War

Young but growing community of former Muslims says Armenian warnings about genocide in Nagorno-Karabakh hurt the spread of the gospel. 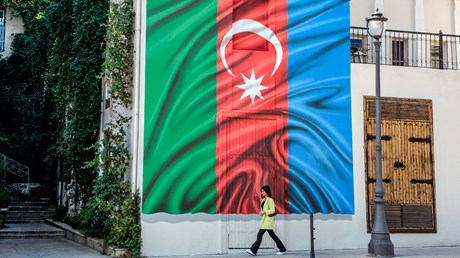 Vadim Melnikov once fought for the land of Noah.

Donning his Azerbaijani uniform 17 years ago, the ethnic Russian took his post to defend Nakhchivan, an Azeri enclave bordering Turkey and separated from their countrymen by the nation of Armenia.

Known in both the Armenian and Azeri languages as “the place of descent,” referring to Noah’s landing on nearby Mt. Ararat, Nakhchivan is a geographical reminder of the mixed ethnic composition of the Caucasus Mountains.

As is Nagorno-Karabakh, an Armenian enclave within Azerbaijan.

Its etymology is also a reminder of the region’s diversity. Nagorno is Russian for mountains, while Karabakh combines the Turkic for black and the Persian for garden.

Armenians call it Artsakh, the name of a province in their ancient kingdom. For the last three weeks, they have been defending their de facto control of the region as Azerbaijan fights to reassert its sovereignty.

As Melnikov did decades ago in Nakhchivan. Armenian soldiers crossed into Azeri mountain villages, before his unit drove them out.

This was one of the many border conflicts that followed a war of demography. But in the years before and after the 1991 independence of both nations, about 30,000 people were killed as hundreds of thousands on both sides fled or were driven to their lands of ethnic majority.

A 1994 ceasefire established the status quo, and the Minsk Group—headed by Russia, France, and the United States—preside over negotiations.

Despite the previous ethnic violence, Azerbaijan boasts that it remains a nation of multicultural tolerance. Of its 10 million population, 96 percent are Muslim—roughly …