(RNS) — The Chicago-area megachurch Harvest Bible Chapel has reached a multimillion-dollar agreement with its former pastor James MacDonald, who was fired last year for insulting his critics who had written unfavorably about his leadership style.

As part of the settlement — reached through a Christian arbitration group — MacDonald was given the right to continue his ministry called Walk in the Word, which includes a successful radio show and podcast. It will be run by James MacDonald Ministries, rather than the church.

MacDonald will also get $1.2 million and a vacant parcel of property adjacent to the church’s Crystal Lake Campus that has been on the market since mid-2019.

In addition, the agreement stipulates that the church will pay MacDonald $250,000 as reimbursement promised to him prior to 2019 related to selling his former home.

“Now that these differences with MacDonald have come to resolution, our focus and full attention are on the future of Harvest Bible Chapel,” the church elders posted in a statement last week. 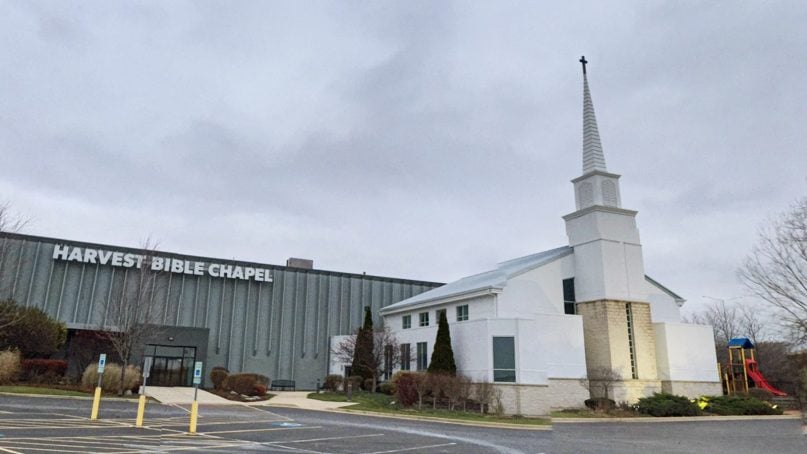 The statement acknowledged the bitterness and strife between the church and its former leader and apologized for some of the acrimony.

“Sometimes we have spoken hastily, and at times our tone was unloving,” the statement said. “We apologize to you, our church family, to the broader church, and to James MacDonald for not always acting in a loving manner in our communications about him.”

MacDonald, in his own statement, was less charitable. On his James MacDonald Ministries website, he lists seven grievances against the church. The first reads: “Abandon the false narrative in financial matters – HBC’s most grievous sin against us.”

He acknowledged that he had “burnt out” as pastor and needed to step away from ministry to begin healing.

A 2019 report solicited by the church pinned much of the blame on MacDonald, finding that his “powerful and subversive leadership style,” his development of an inner circle of leaders through which he could control the church and his marginalization of the church’s elders and other leaders were the source of the divisions. The report was written by Chicago-based law firm Wagenmaker & Oberly.

MacDonald was fired in February 2019 from the Chicago-area megachurch he founded after radio host Erich “Mancow” Muller aired clips of purported remarks by the pastor in which he allegedly insulted critics, including freelance journalist Julie Roys and several people associated with the magazine Christianity Today.

Harvest elders earlier this year announced MacDonald was “biblically disqualified” from the position of elder and can never return in that role or as pastor to the church he founded decades ago.

In March, MacDonald preached via livestream at Calvary Chapel South Bay in Gardena, California, for the first time after his firing. In his latest update MacDonald, who is 60, indicated he would focus on preaching once again and said he has established the Home Church Network for those unable to attend church in person.

Black Protestants aren’t least likely to get a vaccine; white evangelicals are

Johnson & Johnson vaccine creates a week of confusion for Catholics