Tates Creek Presbyterian Church in Lexington, Kentucky, said that Rice, whose songs include “Untitled Hymn (Come to Jesus)” and “Deep Enough to Dream,” had been a guest musician at several youth and college retreats from 1995 to 2003.

“Through his involvement in our ministry, Mr. Rice developed close relationships with multiple students,” the Rev. Robert H. Cunningham, the church’s pastor, said in a statement. “Last week, one of those male students called to inform me of allegations that Mr. Rice had sexually assaulted him on multiple occasions. While these remain allegations at this point, we are treating them as credible because of the source of the allegations and corroborating evidence we have discovered.”

Cunningham said the church has contracted with GRACE (Godly Response to Abuse in the Christian Environment), a nonprofit that addresses abuse in faith-based groups, to conduct an independent investigation. The church had previously worked with GRACE to investigate allegations against a former church youth minister.

Cunningham also said that he contacted police and informed the church’s elders about the allegations. 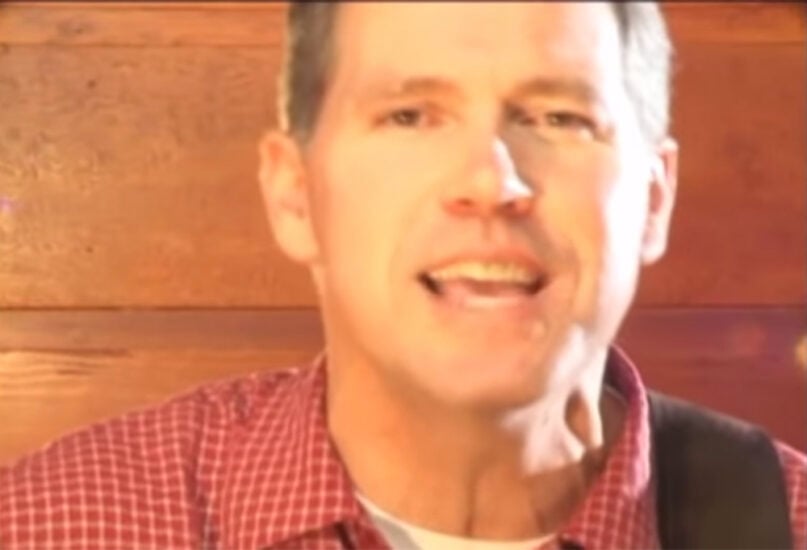 Artist Chris Rice sings in the video for his song “The Other Side of the Radio.” Video screengrab

A staffer at Fair Trade Services, the Brentwood, Tennessee, company that released Rice’s latest album, “Untitled Hymn: A Collection of Hymns,” hung up when asked about the allegation and investigations. Rice could not be reached for comment.

Songs from Rice’s 2006 album, “Peace Like a River: The Hymns Project,” have been streamed more than 70 million times, according to a press release for the project.

Rice moved to Nashville in the 1980s and wrote songs for Christian artists, including Michael W. Smith and Amy Grant, before signing a record deal with Smith’s Rocketown label in 1996, according to a profile in Billboard magazine. He was named male vocalist of the year at the 1999 Dove Awards, run by the Gospel Music Association.

He later had success with the adult contemporary hits “Lemonade” and “When Did You Fall (In Love With Me).” In recent years, Rice has stepped away from music to focus on painting.

(This is a developing story and will be updated.)