WASHINGTON (RNS) — Sister Simone Campbell, the Roman Catholic sister made famous by her “Nuns on the Bus” tours and her support for the Affordable Care Act, announced Tuesday (Oct. 20) that she will step down early next year as head of Network, the influential social justice lobby.

A member of the Sisters of Social Service, Campbell, 74, has led the organization for more than a decade and a half, during which time her advocacy sometimes put her at odds with the U.S. Conference of Catholic Bishops and stoked pushback from the Vatican.

When the Holy See under Pope Benedict XVI launched an investigation of “radical feminist themes” at the Leadership Conference of Women Religious — an umbrella group that represents most of America’s 55,000 Catholic nuns — in 2012, it singled out Network. The move was widely seen as a response to Campbell’s support for the Affordable Care Act, which was opposed by the bishops’ conference.

“It concerns me that political differences in a democratic country would result in such a censure and investigation,” Campbell told Religion News Service at the time.

The controversial investigation, which was ended by Pope Francis in 2015 without any major sanctions, did little to dampen Campbell’s political clout. Democratic candidates and lawmakers on Capitol Hill have regularly sought out her counsel and her prayers. (Literally: She prayed at this year’s virtual Democratic Convention.) During the 2020 Democratic primaries, the campaigns of at least two of the presidential hopefuls — former South Bend, Indiana, Mayor Pete Buttigieg and former Vice President Joe Biden — asked for her input. Vice President Joe Biden greets supporters with Sister Simone Campbell, left, during the kickoff of the Nuns on the Bus tour Sept. 17, 2014, at the Statehouse in Des Moines, Iowa. (AP Photo/Charlie Neibergall)

Biden, a Catholic, had already forged close ties with Campbell, appealing to her for pastoral care when the two met during the ACA signing ceremony in 2010. The vice president appeared next to her during Nuns on the Bus tour stops in 2014 and invited her to a small gathering of Catholics he hosted at his home in 2015.

Campbell first major headline-grabbing role was a vocal supporter for the Affordable Care Act. President Barack Obama partly credited its passage to Catholic nuns like her who publicly backed the bill.

In 2012, she launched a second nationwide “Nuns on the Bus” tour to oppose the federal budget proposal of then-Speaker of the House Paul Ryan and other Republican lawmakers that the nuns said did little to help the poor. Later that year, she spoke at the Democratic National Convention, passionately defending Obama’s health care reform bill as indicative of a “pro-life stance” (she received a standing ovation).

She has launched several Nuns on the Bus tours since — including a “virtual” tour in the lead-up to the 2020 election.

“Sister Simone Campbell is a champion for justice whose life and leadership have blessed our nation,” Pelosi, a Catholic, said in a statement. “Throughout her life, she has translated her faith into action in the spirit of St. Francis, who said ‘preach the Gospel, sometimes use words.”

Pelosi added: “Today and every day, I say thank God for Sister Simone.” 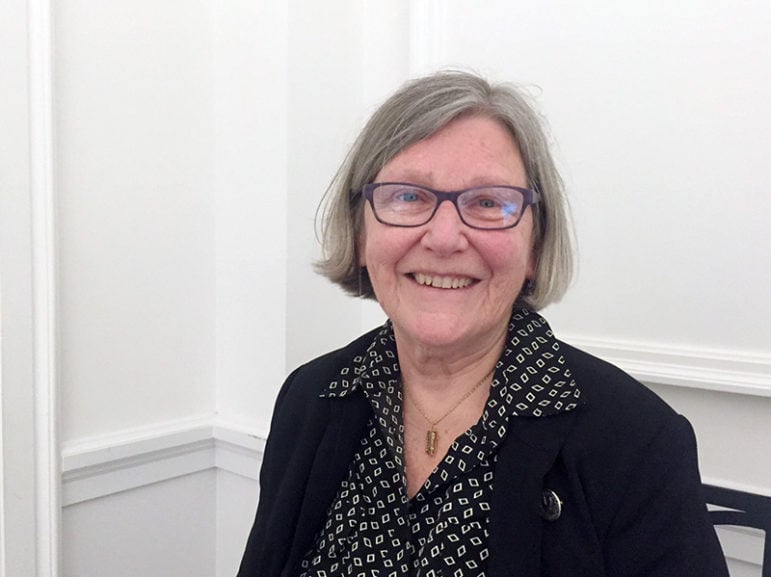 Deeply critical of the Trump administration, Campbell published a “non-endorsement” of the president in August that urged her fellow faithful not to support him. “In this time of crisis we are called to speak clearly: Catholics cannot support another presidential term for Donald Trump and be true to their faith,” she wrote.

Network said it will launch a search in March 2021 — when Campbell formally leaves her post — for a new executive director.

Campbell, who intends to take a short sabbatical after leaving the organization, didn’t completely close the door on advocacy, saying she still plans to “seek fairness, justice and equity for the least among us” in her personal capacity.

“As a child, watching other young people stand up to Bull Connor inspired my passion to seek justice for the most marginalized, and NETWORK provided the focus and direction for the last 16 years of that work,” Campbell said in a statement.

“I could not be more proud of what NETWORK has accomplished. From economic justice to immigration; peace building to expanding health care coverage; the environment to voting rights, NETWORK is doing the work needed to protect the most marginalized people among us.”