(RNS) — Each week Religion News Service presents a gallery of photos of religious expression around the world. This week’s photo selection includes Yom Kippur, the Prayer March led by Franklin Graham, and more. 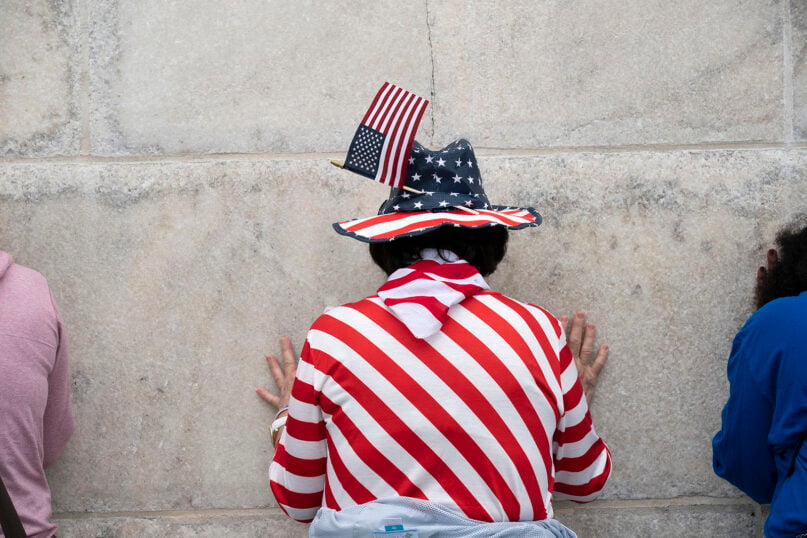 Followers of Franklin Graham pray at the base of the Washington Monument as they march from the Lincoln Memorial to Capitol Hill, during the Prayer March at the National Mall, in Washington, Saturday, Sept. 26, 2020. (AP Photo/Jose Luis Magana) 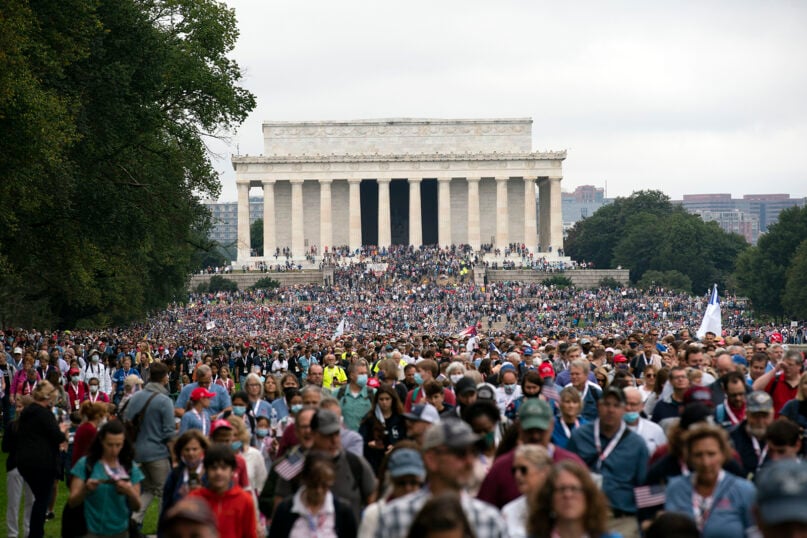 Thousands of followers of Franklin Graham march from the Lincoln Memorial to Capitol Hill, during the Prayer March at the National Mall, in Washington, Saturday, Sept. 26, 2020. (AP Photo/Jose Luis Magana) 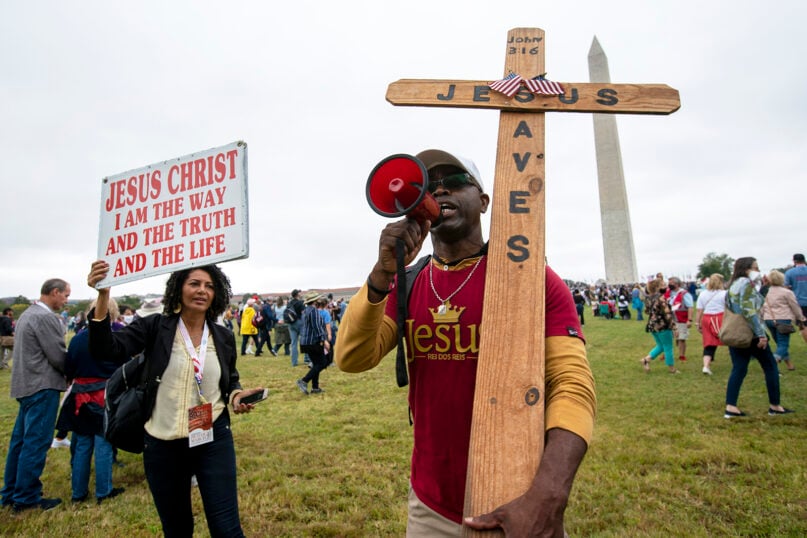 Followers of Franklin Graham march from the Lincoln Memorial to Capitol Hill, during the Prayer March at the National Mall, in Washington, Saturday, Sept. 26, 2020. (AP Photo/Jose Luis Magana) A villager offers prayers to an adult wild female elephant before it is buried in Rani reserve forest, on the outskirts of Gauhati, India, Saturday, Sept. 26, 2020. Two wild elephants that came out in search of food died after being electrocuted in Bakrapara village near Rani reserve forest, according to locals and forest officers. (AP Photo/Anupam Nath) 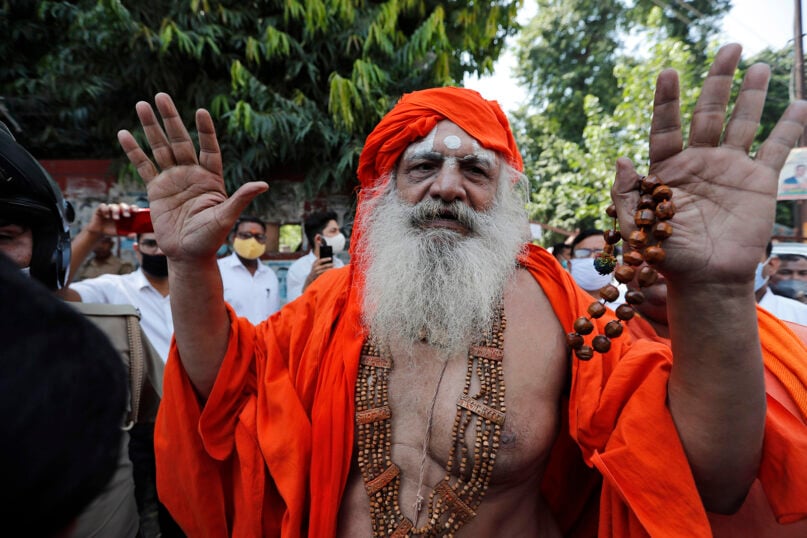 Hindu religious leader Dharam Das, one of those accused of participating in a 1992 attack and demolition of a 16th century mosque, celebrates outside a court in Lucknow, India, Wednesday, Sept. 30, 2020. An Indian court on Wednesday acquitted all 32 accused, including senior leaders of the ruling Hindu nationalist Bharatiya Janata Party, in the case. The 1992 demolition sparked Hindu-Muslim violence that left some 2,000 people dead. (AP Photo/Rajesh Kumar Singh) 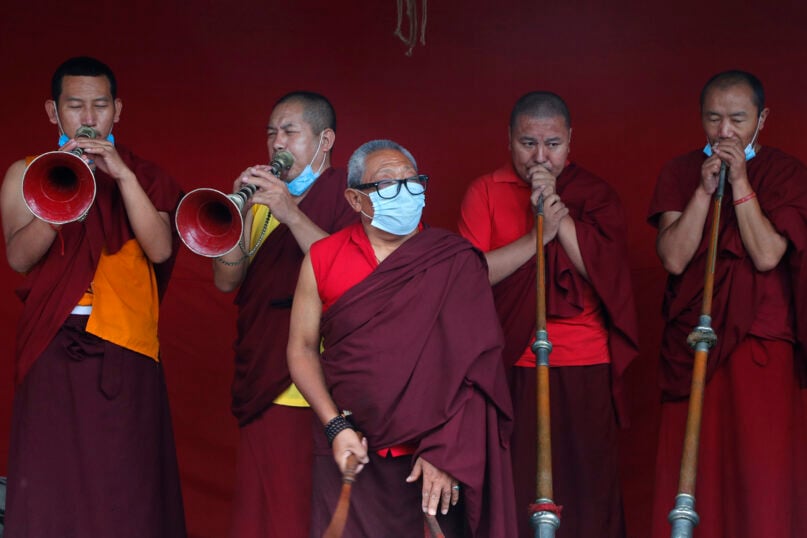 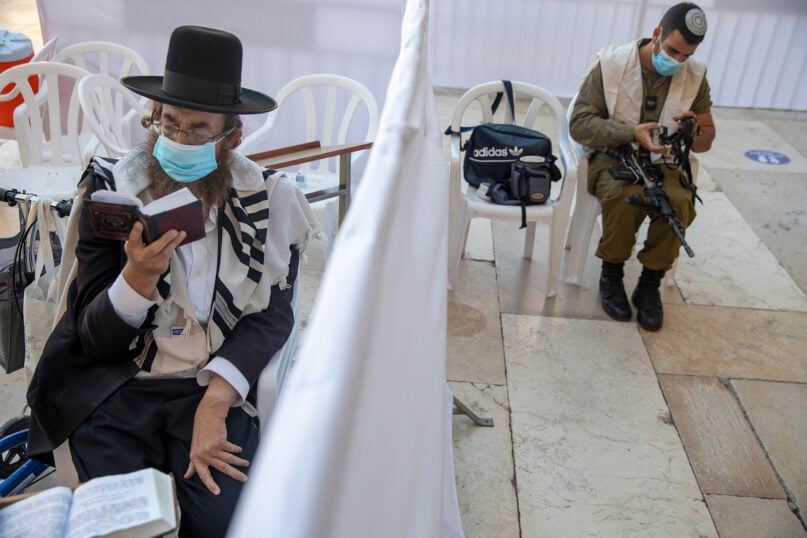 With a social distancing barrier, an ultra-Orthodox Jewish man and an Israeli soldier pray ahead of Yom Kippur, the holiest day in the Jewish year which starts at sundown Sunday, during a three-week nationwide lockdown to curb the spread of the coronavirus, at the Western Wall, the holiest site where Jews can pray in Jerusalem’s old city, Sunday, Sept. 27, 2020. (AP Photo/Ariel Schalit) 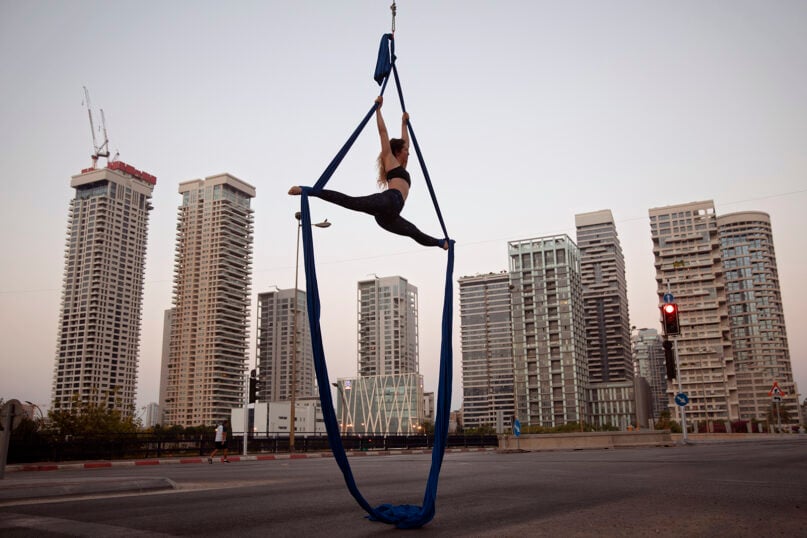 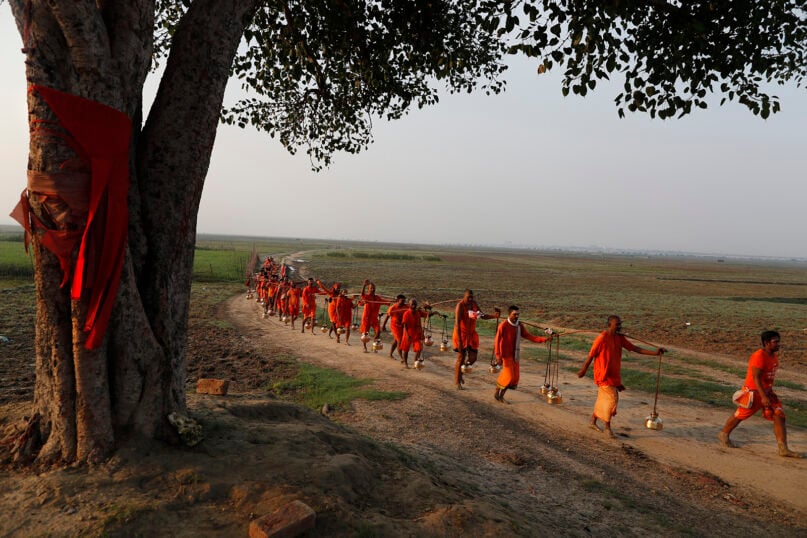 Indian Hindu Kanwarias, worshippers of the Hindu god Shiva, carry metal canisters filled with holy water from the Ganges River as they walk towards Padilla Mahadev temple, on the outskirts of Prayagraj, India, Sunday, Sept. 27, 2020. Kanwarias are devotees performing a ritual pilgrimage in which they walk the roads of India, clad in saffron, and carry ornately decorated canisters of the sacred water from the Ganges River to take back to Hindu temples in their hometowns. (AP Photo/Rajesh Kumar Singh) People bow their heads in prayer during a ceremony Thursday, Oct. 1, 2020, on the anniversary of the mass shooting three years earlier in Las Vegas. The ceremony was held for survivors and victims’ families of the deadliest mass shooting in modern U.S. history. (AP Photo/John Locher)