Missional Fatigue: Fuel for When We’re Running on Empty

Coronavirus Church Closures Are Not Persecution

Beatrice Stockli was kidnapped by Islamist extremists in Timbuktu, Mali, in January 2016. 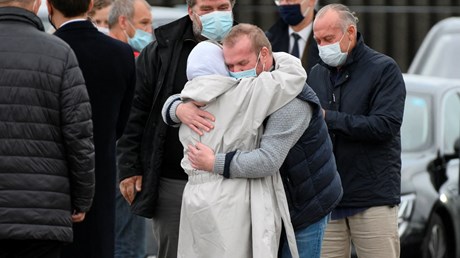 A Swiss missionary Beatrice Stöckli—kidnapped from Timbuktu, Mali in January 2016—was killed only weeks before other hostages were freed by Islamist extremists, in an apparent prisoner-hostage swap negotiated by the new transitional government in Mali.

News of her execution came from Sophie Petronin, a 75-year-old French aid worker, freed on October 8, who had apparently been held by the same, or a linked Islamist militia group. (Petronin has converted to Islam and now calls herself Mariam).

The Swiss Foreign Ministry expressed its sorrow that Stöckli, a single woman in her late 40s, was “apparently killed by kidnappers of the Islamist terrorist organization Jama’at Nasr al-Islam wal Muslim (JNIM) about a month ago.” It said the exact circumstances of the killing are currently still unclear.

“It was with great sadness that I learned of the death of our fellow citizen,” said Swiss Federal Councilor Ignazio Cassis. “I condemn this cruel act and express my deepest sympathy to the relatives.”

The Swiss authorities said they “worked over the past four years, together with the relevant Malian authorities and with international partners, to ensure that the Swiss citizen was released and can return to her family. Members of the Federal Council have personally and repeatedly lobbied the relevant Malian authorities for her release. An interdepartmental task force under the leadership of the Foreign Affairs Ministry was deployed. The task force also included representatives of…[the police, the intelligence services]…and the Federal Prosecutor’s Office. In addition, the authorities were in constant contact with the victim’s family.”

Missional Fatigue: Fuel for When We’re Running on Empty

Coronavirus Church Closures Are Not Persecution