Turks and Armenians Reconcile in Christ. Can Azeris Join Them?

Confessing the genocide, Turkish evangelicals seek forgiveness on behalf of their nation. With ongoing war in Nagorno-Karabakh, is there a path forward also with Azerbaijan’s believers? 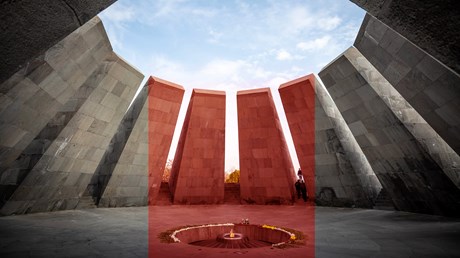 An ethnic Turk and former Muslim, the pastor of Bethel Church in Istanbul skipped Burger King and KFC in Yerevan, the capital city, in order to complete a spiritual mission.

Six years ago, prompted to take a journey of reconciliation, he went in search of an authentic Armenian restaurant—and found lahmajun, a flatbread topped with minced meat, vegetables, and spices.

One letter was off from the Turkish spelling. Smiling, he ordered it anyway, in English.

“Are you a Turk?” snapped the owner—in Turkish—after Beytel pronounced it incorrectly. “God spare me from becoming a Turk.”

The owner’s family hailed from Gaziantep, near Turkey’s border with Syria, which before the genocide was a mixed religious city with a thriving Armenian community. Ignoring the insult, the pastor explained he was a Christian, not a Muslim, and had come to ask for forgiveness on behalf of his ancestors.

Up to 1.5 million Armenians were killed between 1914–1923, as the Ottoman Empire crumbled. Once home to many diverse Christian communities, the modern state was built on a secular but ethnic Turkish foundation.

No Turk can be a Christian, the restaurant owner scoffed. He demanded the secret sign made centuries ago by believers in the catacombs.

By the end of the conversation, the man gave him a hug, with a tear in his eye.

“If Turkey takes one step, the Armenians are ready to forgive,” said Beytel, of his time at a conference in the Armenian capital. “It was amazing to hear them call me brother.”

There was more to …